“Scientists are so preoccupied with whether or not they could, they didn’t stop to think if they should”

To ensure I am able to become the strategic design leader I want to become, I need to develop myself in different ways. While investigating several entrepreneurs and intrapreneurs by examining research papers and interviews, I concluded several skills I need to improve in the upcoming few years.

Why Design, Leadership and Entrepreneurship

Since the start of my Bachelor -Product Design at HKU-, I always figured myself as a designer for common, daily used, products. This vision of the designer I wanted to become changed throughout the years of my bachelor, as i found out that i tend to use a holistic approach in design. Driven by dissatisfaction, enchantment and personal interests, I used the freedom of the HKU to explore design for debate.

During my year as a full time member of the board of student association C.S. Veritas I was responsible for all business related aspects including the building. Within this year, I found out that a business minded approach suited me well, and I developed my qualities in entrepreneurship, manager, project developer and team player.

After this year, HEINEKEN offered me a job which I took for six months. Within these months I was able develop my managerial skills even more. One of the projects I was responsible for was to put Heineken BLADE into the market. Within the context of this project, I met colleges of the international development and strategic departments. By talking to them I realised that a similar function fits me better than the function I fulfilled at that point in time. I decided to develop myself more with education to be able to do a function, like I ran into at HEINEKEN, in the future. As I was searching for the right master, I come across the Industrial Design Master at the TU/e with the track Design, Leadership and Entrepreneurship. With the help of this educational program, I am trying to combine my passion for art, material, shape and forms with the strategic business aspects of design. 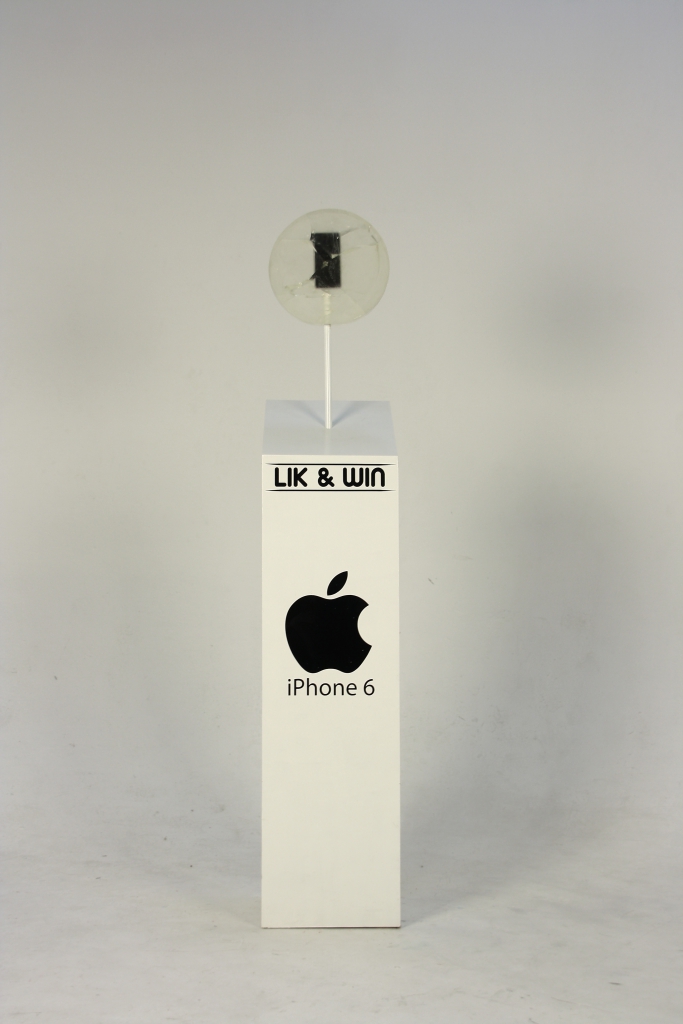 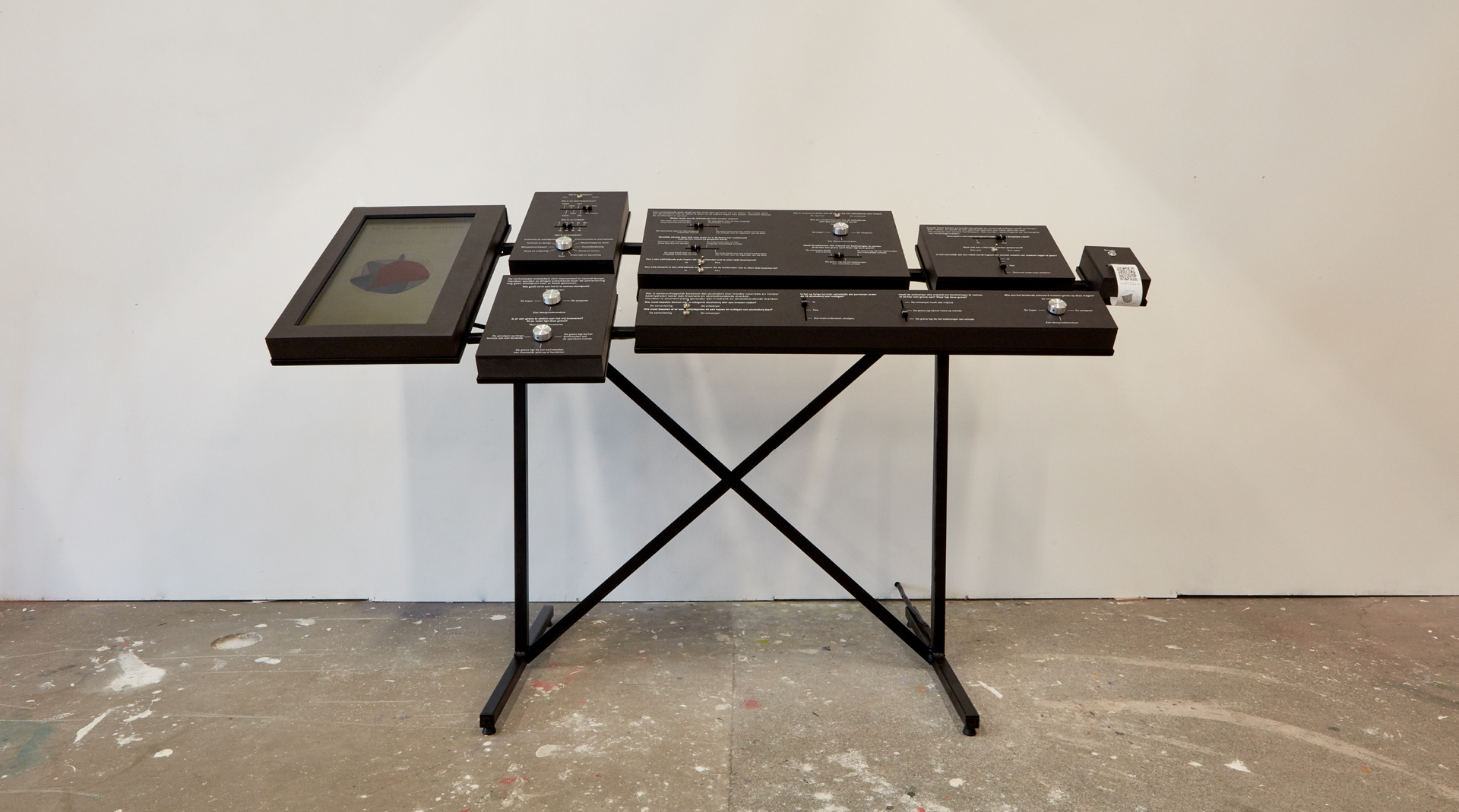 Looking back at all projects I have done in the past, I noticed that once a design/concept became to detailed, my enthusiasm decreased. This adds to the holistic approach of which I feel confident. In addition, I gain a lot of energy by assigning the right person to the right job and establishing connection between experts with different expertises. I feel confident within the role ‘connecting leader’. I tend to ask questions in order to enthuse people to work together developing creative solutions.

But, I am not there yet. I still have a lot to learn becoming the designer I want to be. For example, I want to learn how to bring the best out of a process and employees to lift the outcome of the project to a higher level. I want to learn how commerce plays a role in a design process. I want to learn how to make a positive impact on society with design and how make profit out of it. In addition, I chose the track DLE to play and explore the body of thought of being an entrepreneur within the safe environment of the TU/e.

Currently, I envision myself to work within a large corporate environment in the upcoming few years. I will work hard to obtain the function of a strategic leader –intrapreneur– within these companies. As visualised in the picture on the right, educational institutions, work experiences and extracurricular activities are used as building blocks to create my unique profile. Next to that, a ‘to do list’ of skills/competencies of which I need to develop is visible. I believe, if I continue hard work in combination with my enthusiasm, I will reach the door on top of the stairs. This door will open up several possible changes for me to start a career. In addition, a dream of being an entrepreneur will always be in the back of my mind. Once an idea occurs, I will investigate the possibilities of turning this new concept into a business.

To explore my full vision and identity, use the following tabs. 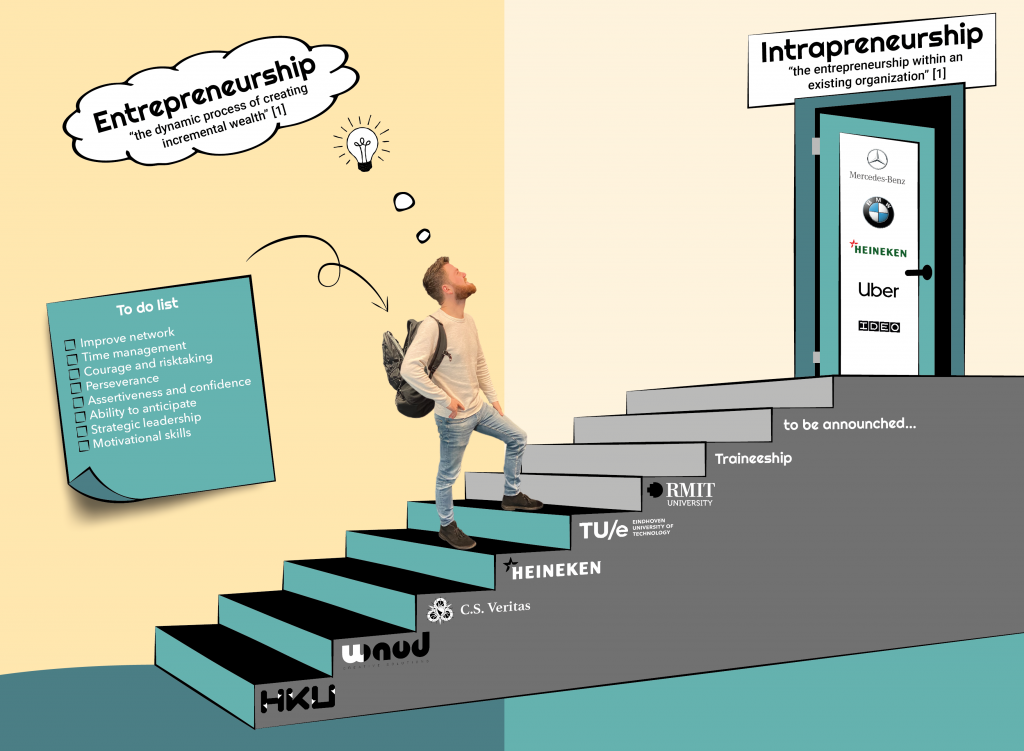 Driven by incomprehension and dissatisfaction I find it interesting to unite various specific specialisms. With all the experts together, the change of missing a detail in doing research, designing, testing and finalizing of an idea will be nil. Being a translator of human needs, human desire and the increasing amount of possibilities created by scientists you have to question all stakeholders and sometimes even reject an innovation. Next to a translator, I believe a designer is a public watchdog that always sets the evolvement of the society at the very top.

Being a public watchdog requires an natural inquisitiveness in the desire of the worlds society. Next to keep educating yourself in the possibilities of technology, it is highly necessary to constantly query the society of it findings of the new technological advancements. The world is getting more and more connected with each other which can be seen as an advantage for the future designer. Query all layers of society has never been so easy and will become more easier over the years. Don’t be afraid of sharing knowledge, embrace the power of connectivity and bring humanity to the next chapter.

Nowadays there is a growing amount of movies and TV series that shows the spectator a world where new technologies are integrated in our society. The shows are constantly testing and searching for the ethical boundaries that we -as a society- lay on. I believe this is an absolute genius way of stimulation a society to form it’s opinion about all the new technologies. For example Black Mirror makes it able to get in contact and see the good and the bad things that can come out of an innovation in a simplified way. Forming an opinion about all the topics that are shown in this matter is not complicated and can be done by everyone.

Personally I want to challenge both scientists and all layers of global society to embrace new technologies. With such new technologies I will focus on livability instead of increasing the lifespan of a human being. Using seamless technological design I want to make the quality of life better for everyone on earth.

In my opinion nowadays innovators are questioning and focussing on there specific target group. That is not just a big mistake of the innovators, is it a threat to society. Query only the direct users of a product will only make the product for this particular group better. I strongly believe in questioning both direct and indirect users of services and product to make sure the environment and the product itself will strengthen instead of harming each other.

My graduation project at the HKU ‘May I ask you a question?’ is a fine start to invigorate my vision on design. ‘May I ask you a question?’ bridges the gap between the society and the designer concerning ethical issues towards innovations. A clear view arises by exposing the user of the installation to modern-day ethical dilemmas, criticising the freedom of movement and responsibility of the designer as well as the user.

Not long ago the company SamHealth -in cooperation with CureConcern-tested my personality by means of a DISC Personality Analysis. The results that came out of these two days of testing were not shocking. In fact, I could easily agree on most of the findings.

First it felt odd to read why I behave, think, feel and react in certain situations in the way I do. It even made me feel less confident about myself. But after a while I was able to reflect on my behaviour and adjust it by using the report about myself. From that moment I took the test seriously and tried to reflect more and more to develop a better understanding about myself, the way I think and the way I act.
The DISC test gave me a lot of insights of who I am and gave me words to describe it. According to the test I am a Communicator in the segment Influence.

I believe I can describe myself as an enthusiastic, optimistic, convincing and impulsive person. I prefer to accomplish targets with and through people. Instead of working alone, I am more effective when I have company. I am energetic and sometimes I can be careless and chaotically. I am a person that needs acknowledgement.

One of my pitfall is that I can be to optimistic. Next to that, there are some things I need to work on. The challenge I have to face is my lack and interest in details. Because of this I decide most of the time in a spontaneous way. I have a short tension curve and I don’t fancy ongoing conservative routines.

Knowing who I am, makes the road to the designer I want to become more easy. I know my strengths and even more important I know how to cope with my weaknesses. For example, I am an encourager and motivator for others and I find myself often in negotiate in conflicts. I am submissive and I always try to get the best out the people around me. I can express myself and my idea’s (in Dutch) on a high level and I like to survey the bigger picture. But I absolutely can not overlook the growth areas. I need to challenge myself in being less impulsive and consider first before I decide. I need to be more result driven instead of process driven. I need to dwell on details and facts, finish and don’t give up so easily. And finally I need to slow down sometimes so my teammates can follow up.

In the upcoming few years I want to develop myself in being an inspirational team leader that always overseas the bigger picture. I want to connect people that are extremely good at one specific subject with each other. Being that designer, I counterbalance my lack of details by making advantage of my persuasiveness. I know I am not good enough in a lot of things, but finding and connecting people that are the expert in what I need will eventually help to reach their and my goals.